Today we visited the Vatican Museum. I’m not sure what I was expecting, but it wasn’t quite what I initially got. I knew there wouldn’t be dancing cardinals to entertain us while we waited in the one and a half hour line to get in (we got there only 30 minutes before opening). I also knew that 8:30 am was to early to eat pope shaped ice cream bars, even if they could be found.

I guess I expected the Catholic equivalent of Jewish Museums, lots of objects and explanation of the faith. Instead I got a fascinating building that has a long usage history that was often ignored and lots of art, including pieces taken from around the world. Just once I’d like to be able to your a site and get an in depth history of its use, not a passing, “these were the papal apartments of Pope X, now let’s discuss the statues filling this space now.”

Instead I was greeted by signs pointing me toward the Egyptian museum and similar things. I’m not opposed to standard museum fare, but that’s not why I came. Frankly, if this is your first exposure to these kinds of things, shame on you. Go to your local museum and start your education now.

After a brief discussion, Dominika and I decided to head straight to something we could be sure is unique, The Sistine Chapel. No video, photography, or talking is allowed in the chapel. OK, that is reasonable. What I wasn’t expecting was that the guards would be continually announcing this to the crowd.

What I also didn’t expect was to be surprised by the size. The chapel, while large, is smaller than I envisioned. More importantly The Creation of Adam, that painting you’re thinking is is … well … smaller than you think

Wikipedia says, “The Creation of Adam is the best known, having an iconic standing equalled only by Leonardo da Vinci’s Mona Lisa.” A very apt description especially when you consider that the Mona Lisa is also much smaller in real life than you think it will be.

We continued on and our last major stop was the Padiglione deile Carrozze, the Popemobile room1. Starting from sedan chairs and moving on to carriages (Berlins and Landaus) then to cars (Popemobiles, Limos, and gifts) this exhibit traces the history of Papal transportation. This is the good stuff and I highly recommend it. I only wish we could have spent an extra half-hour here. 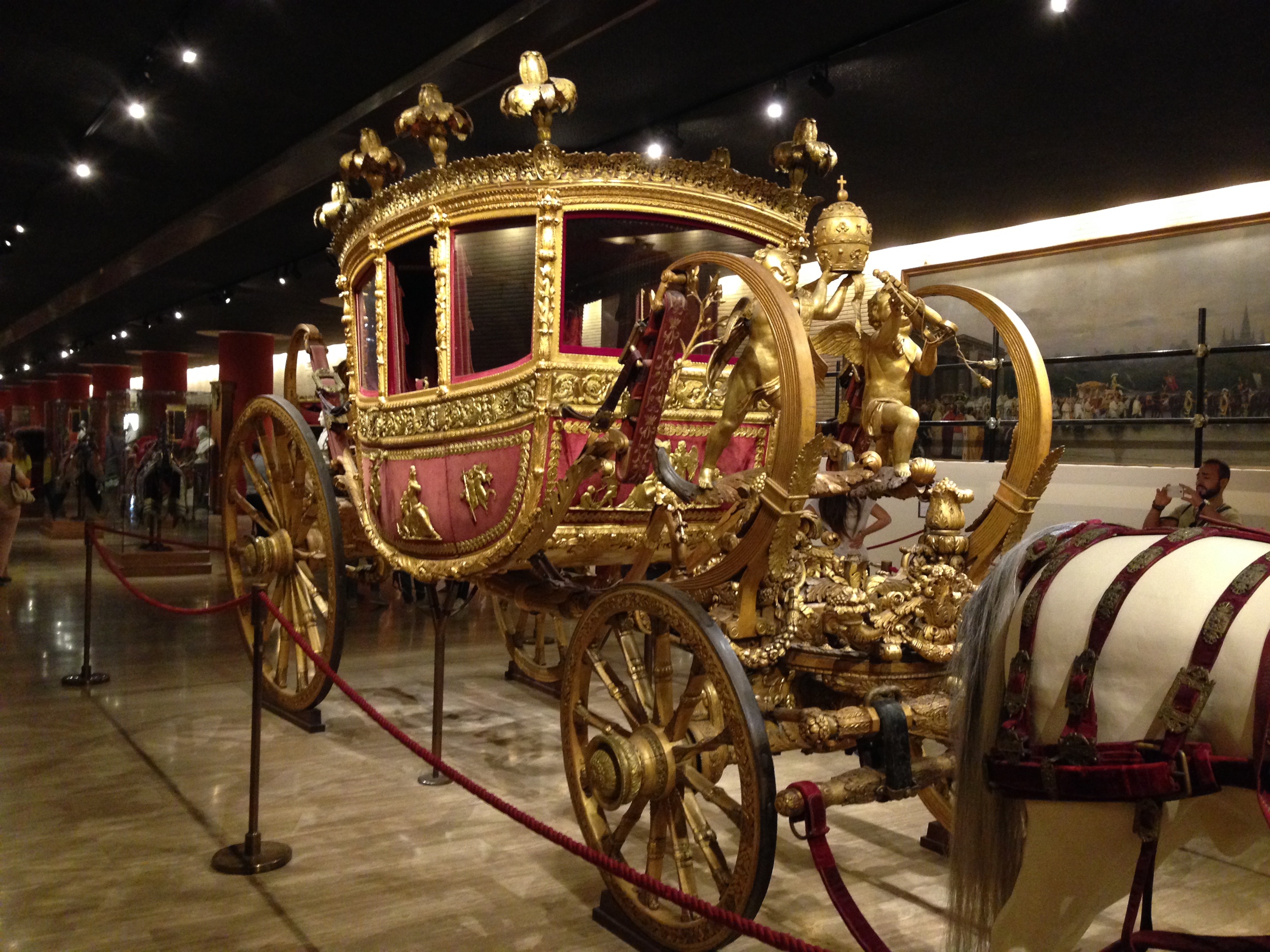 On another day we hope to get back to St. Peter’s Cathedral, which we had to skip due to the length of the line.

Note: This post was edited for grammar, typos and phrasing. A full history is available in the git repository.